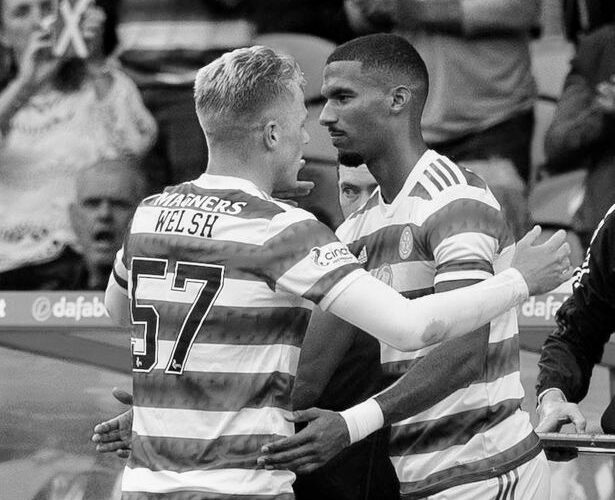 The St Mirren performance may have been a one-off, but it highlighted Celtic’s potentially worrying lack of depth in central defence.

There’s nothing like the mind-numbing tedium of an international break to give you a bit of perspective.

At the time Celtic’s abject display and deserved 2-0 defeat in Paisley over a week ago felt as violently jarring as flying over the handlebars of a bike. Now, on the cusp of club football returning, the hands having moved round the clockface even more slowly than Aaron Mooy manoeuvred around the centre circle at St Mirren Park, we’ve had the space and time to look at that result in its proper context: as one game out of 10 in the season’s first block of fixtures, and pretty much the only one where the performance wasn’t outstanding.

In that context, it feels more like a slightly clumsy landing at the end of an otherwise flawless ice skating display. Celtic conceded one and scored 25 in their first six Premiership fixtures. They breezed through what could have been a tricky League Cup tie up in Dingwall with more or less a B team on the park. They took a Rangers side that were European finalists a few months ago and made them look as big a shambles as Warburton, Caixinha and Murty’s mobs, plunging the Ibrox club into an existential crisis that’s still rumbling on as we speak. And in the Champions League? Harsh lessons have been learned about the importance of taking your chances, and those two dropped points against Shakhtar Donetsk still sting, but performance levels were admirably high across the 180 minutes of action thus far with our fate likely to be resolved in the RB Leipzig double-header.

Knowing the driven nature of this manager and group of players as we do, there’s a good chance that Motherwell are in for an absolutely torrid time of it this Saturday at Parkhead, and if so the failings of that performance in Paisley will be swiftly forgotten; rewritten as isolated freak events rather than fatal flaws that will repeatedly trip Celtic up as the season progresses. Except one, perhaps.

On a day when absolutely everyone – starters and substitutes – was a 4/10 or worse, it felt harsh to single anyone out. Yet it was simply a fact, unavoidable to anyone watching with a functioning pair of eyes, that Stephen Welsh and Moritz Jenz had a ‘mare up against St Mirren’s twin battering ram attack of Curtis Main and Jonah Ayunga. Main scored a grand total of two goals in 30 league appearances for the Saints last term, whereas Ayunga had his contract cancelled by League One Morecambe in the summer, and yet they looked like Erling Haaland and Darwin Nunez up against Welsh and Jenz, most glaringly in the ugly chaos that led to Ayunga scoring St Mirren’s second goal. Another isolated freak event, just like the midfielders being unable to complete a five-yard pass that day and the forwards mistaking the new grey third top for an invisibility cloak? Hopefully. But it shines a light on what might have been a dangerous oversight in the club’s latest transfer campaign.

When the window closed, Celtic appeared to have smashed it with their summer business. They secured permanent deals for the two biggest catalysts in last season’s title win (Jota and Cameron Carter-Vickers), addressed concerns about lack of depth and competition in specific areas with the captures of Ben Siegrist, Alexandro Bernabei and Oliver Abildgaard, and also went out and got Sead Haksabanovic because, well, fuck it, he was going cheap and Ange loves a tricky winger.

But the addition of Jenz on loan from Lorient was the only move made to reinforce central defence; the most understaffed department in the squad following the exits of Chris Jullien, Kristoffer Ajer, Nir Bitton, Jack Hendry, Leo Hjelde and umpteen others over the last two years or so. Perhaps it’s understandable that there was no sense of alarm about that department heading into the summer – Celtic had conceded just 13 goals in all of their post-Christmas domestic fixtures, after all. But they did so largely thanks to the fact Carter-Vickers and Starfelt stayed fit the whole way through.

Welsh barely kicked a ball after Christmas, whilst Jullien’s cumulative gametime for the entire campaign totalled 16 minutes off the bench against Raith Rovers. There was even a point way back at the beginning of the summer where Celtic writers and podders began to talk about Carter-Vickers and Starfelt being gradually phased out, making way for better ball-playing defenders who would be a more natural fit for the manager’s football long-term. Instead, we appear to have wound up in a situation where Ange is more dependent on the duo’s rugged, old-school qualities than ever before, the nightmare scenario of both being injured at the same time being the biggest contributory factor to the perfect storm of that pish performance at St Mirren Park.

Thankfully the indications are that both men will be back fairly soon, but would you be comfortable with both Welsh and Jenz starting against Christopher Nkunku and co in Leipzig next Wednesday? Or in other big games throughout the season, should CCV and Starfelt’s issues flare up again? Jenz and Welsh have both performed admirably when alongside CCV and Starfelt generally but their performance was a full-length version of some of some of the untidiness in the Ross County league cup tie which preceded Celtic’s third and fourth goals.

It would be harsh to write either man off at this stage. Jenz – who, it’s worth remembering, is only 23 and is coming off what sounds like a pretty harrowing campaign in Ligue 1 – was thrown in at the deep end earlier than Ange would ideally have liked in August, and had largely performed with aplomb right up until the St Mirren game. As for Welsh, people obviously see something in him, hence Udinese and Toulouse’s past interest and the fact Ange has kept him around this long. But the idea that he’ll ever be good enough to be first choice still feels slightly fanciful.

It’s also worth saying, strange as it sounds, that the challenge posed by the likes of Main and Ayunga is a fairly unique one in the modern game. If you can’t handle a couple of big journeymen like that, the logical deduction is that you’ll be in a world of pain against the Benzemas and Nkunkus of this world. But Jenz did not look out of his depth against Real Madrid or Shakhtar, and Jullien always managed to be a perfectly adequate starting centre-half (for as long as he remained fit) in Europe, derbies, cup finals etc despite his sporadic meltdowns against big galoots such as Marios Ogkmpoe of Hamilton Academical. Maybe it’s the case that, in an age of false nines and one up front, most centre-backs simply don’t have as much experience of playing against a conventional strike partnership, especially one as brutishly uncompromising as Main and Ayunga. In fact St Mirren are the only team in the whole league that have consistently played two up top this season. But would CCV and Starfelt have toiled as badly as Welsh and Jenz did, given how much they both love sticking the nut on high balls into the box? Unlikely.

Ultimately the reassuring thing about all of this is that nothing has happened which Ange couldn’t have anticipated in the summer. Clearly the Australian has sized up the risk of going through the season with just four senior centre-halves – two of them relatively untested – and went: “Yeah, no, that’ll be right, mate.” Perhaps the right defensive reinforcements just weren’t available or affordable in the summer. Perhaps he trusts his fitness department. Perhaps he sees something in Welsh which hasn’t been quite as evident to us as fans so far. Having achieved so much so quickly in Glasgow, he’s certainly earned the benefit of the doubt on big calls like this. But with everything that’s at stake this term, it seems a strange gamble for someone so meticulous to take.